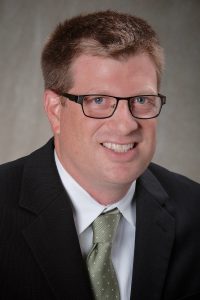 After serving in the Peace Corps in China, Kratzer received a National Security Education Program Fellowship to study Chinese at the graduate level. He thought he’d work for the federal government, but when a job opened up with an Asian food importer, Kratzer seized the opportunity. “I was immediately drawn to the challenge of how to make processes more efficient and how to lower the cost of goods for the company,” he said.

That curiosity led him to Krispy Kreme in 2012, where he served as director of International Supply Chain, a job that saw him travel to every continent except Antarctica. “It is always a thrill to share one of North Carolina’s signature foods with the world,” he said.

Doughnut love notwithstanding, Kratzer knew he would benefit from a Wake Forest MBA.

“I wanted to get my MBA to fill the gap in formal business and economic studies,” he said, “and Wake Forest has both a great reputation and a very strong alumni network.”

So far, Kratzer has not been disappointed. Indeed, his position at Krispy Kreme is one he was promoted to just a year into the MBA program, and this summer he will join the procurement team at Reynolds America Inc. where he will work on projects for next-generation products. “I am looking forward to the challenge of joining a bigger company and learning about a new industry. I think the quantitative and analytical skills I have developed at Wake Forest will serve me well in this new role.”

He also has already had opportunities to put the things he’s learning in the classroom into practice in the workplace. “One of my professors introduced me to a local CEO who needed help with an academic analysis regarding business strategy. At the end of the project, we presented our findings to potential investors. It was a unique opportunity to apply what I had learned in the classroom and it emphasized the extent to which the strategy concepts we studied matter in the business world.”

And during a recent finance meeting, Kratzer found himself delighted to discover his education was already paying off. “Everyone else in the meeting was a CPA or had a strong background in finance,” he recalled. “I remember being surprised that after only one semester of financial accounting I was not only able to understand most of the key concepts, but I was able to contribute to the discussion.”

He may have taken a winding route to the business world, but Kratzer is now on the direct road to success.