Want a job with the Charlotte Hornets?

Hornets General Manager Richard Cho is looking for people with writing skills that would make an English teacher proud. He scans candidates’ social media postings to weed out Michael Jordan autograph-seekers or those apt to spill team secrets. And through the entire process, he’s looking for signs someone is used to hard work.

“If I see somebody who has been a busboy and a dishwasher at IHOP, somebody who worked their way through college and juggled all those things — that resonates with me,” Cho said.

Cho spoke to School of Business students and alumni at the Wake Forest University Charlotte Center, describing his untraditional career path to NBA general manager and sharing what he’s learned.

For those with high-flying career dreams, his key advice may at first sound a bit pedestrian. “Even today, I get a lot of cover letters and resumes with misspelled words or poor grammar, and I don’t take those candidates seriously. If I ask an intern to write a letter to a player or an agent and there’s a misspelled word, it reflects badly on the Hornets.”

Just how powerful can a well-written letter be? Cho’s own career was launched by one.

He was an engineer with Boeing when he began itching to take a shot at a sports career. Realizing that many general managers of sports teams have law degrees, he enrolled at Pepperdine University School of Law. While there, he sent a letter to Seattle SuperSonics General Manager Walter “Wally” Walker, outlining his vision for an analytics approach to evaluating players — and asking for an internship.

The bold move paid off. A couple of months later, the phone rang. It was Walker, asking him to meet. “I came with charts and ideas and luckily, we hit it off,” Cho said. Later, Walker told Cho that it was the letter that impressed him the most.

Cho partnered with Microsoft programmers to build a groundbreaking data analytics system that allowed the SuperSonics to evaluate players. The internship eventually led to a job as assistant general manager for the team. But first came a lot of dues-paying.

As an intern, Cho picked up his boss’s dry cleaning, fetched lunch, and, because he couldn’t afford rent, slept on the floor of his brother’s apartment.

“I get letters that’ll say ‘I want to be a GM of an NBA team.’ I think that’s great to have that goal,” Cho told his audience. “But what I want to hear is somebody who’s willing to do everything and anything — that there’s no job too small or large.”

Cho learned early that all jobs have value. He emigrated with his parents from Burma when he was 3 years old. To support the family, Cho’s father spent 15 years working the graveyard shift at a local 7-Eleven.

Cho’s resiliency was tested in 2011. After 10 months — and what was regarded as a successful record — he was fired as general manager of the Portland Trail Blazers. “I thought I had a dream job there,” Cho said. Picking himself up after that shock wasn’t easy.

But Cho’s fortunes soon changed. He joined the Hornets in June 2011 and now oversees scouting, draft preparation, salary cap management, training, and conditioning programs. In each turn of his career, Cho told students, he’s tried to remember “not to get too high with the highs or too low with the lows.”

Students lined up after Cho’s speech to talk with him, among them, Cornell Thomas, a first-year Charlotte Evening MBA student. Thomas said he appreciated hearing Cho talk about the importance of character when it comes to finding the right candidates.

But it was hearing Cho echo concepts from the School’s classes that made the biggest impression. “I’m studying business really for the first time, so to hear Cho make some of the same points that we actually study here really brings it together,” Thomas said.

“Jordan is one of the top five most recognizable people in the world, but he’s a lot more of a normal person than you might realize. He’s very, very smart, he’s savvy…he’s very competitive and wants to win. You have to go very prepared into a meeting with him.”

And Jordan’s got a keen sense of humor, Cho said. A year after Cho was fired from the Trail Blazers, he and his new boss, Jordan, stopped at a Buffalo Wild Wings to watch the playoffs. Then, Cho said, “There’s this waiter coming by with a cake and a candle on it and they bring it to me.” Confused, Cho looked up to see Jordan displaying that day’s Oregonian, which featured a front-page photo of Cho with the headline “No party on this anniversary.”

As an NBA general manager, how do you motivatesomeone who has everything?

“That’s really hard,” Cho said. “Your commodity is 21-year-old millionaires.” The key, he said, is gathering enough intelligence about players before you hire them. “We want to know what makes them tick, and we want to know that money isn’t going to change them.”

What are a couple of the best meals in Charlotte?

Cho runs a food scouting blog, Bigtime Bites, highlighting great meals in cities around the world. In Charlotte, he gives “all-star” status to the shrimp and chicken dumplings at The Dumpling Lady, the lobster Cobb salad at BLT Steak, and the fire and ice ramen at Futo Buta. 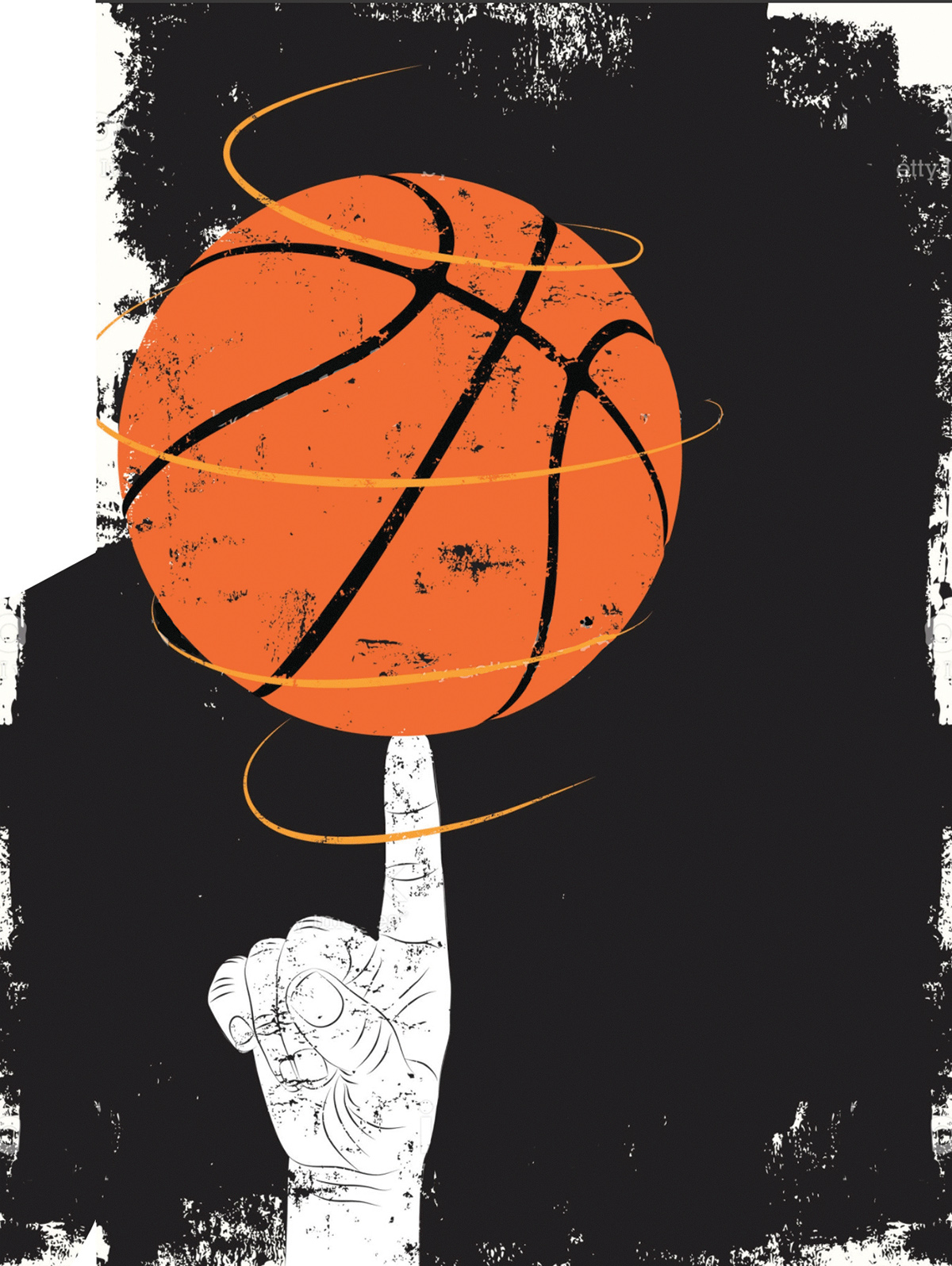 From ball girl to CMO: Melissa McGhie Proctor (’02) shares her career journey to the Atlanta Hawks

Authenticity, persistence, and perseverance. Melissa McGhie Proctor (’02), executive vice president and chief marketing officer of the Atlanta Hawks and Philips Arena, shared the importance of these guiding principles during a workshop she hosted at the School of Business.

“Everything happens for a reason,” Proctor said. In high school, she was an artist and not very familiar with basketball until her cousin introduced her to the sport. Proctor fell in love with the NBA and soon dreamed of becoming its first female coach, despite never having played basketball.

In pursuit of this goal, Proctor wrote many letters to the Miami Heat seeking an opportunity to work with the team. “Eventually my persistence paid off,” she said. When the Heat called her back, it was for an undefined position because the team had only ball boys and wasn’t sure how to incorporate Proctor. Ultimately, she became the Heat’s first ball girl, leading to the team changing the title of the role to “team attendant.”

Proctor credited this opportunity to her ongoing persistence and finding ways to creatively market her authentic self to the organization. Her creativity stood out, and she served as an intern with the Miami Heat for six years up until she graduated from Wake Forest with a communications degree in 2002.

After graduation, Proctor began her professional career with Turner Broadcasting Systems in Atlanta. A decade at Turner earned Proctor promotions, accolades, a solid reputation, and invaluable connections and relationships. She was chosen to lead a health and wellness startup within the organization, but when the company went in a different direction, Proctor and the entire business unit were laid off.

While unemployed, Proctor remained involved in the marketing industry and continued to network. She encountered a former Turner colleague who had recently joined the Atlanta Hawks. “I was in the right place at the right time,” Proctor said. One conversation led to another and she was invited to consult with the team. A few months later, she was brought on as vice president of brand strategy.

“It was truly humbling to hear Ms. Proctor share the journey that led to her position as the Atlanta Hawks CMO,” said Elton Jonuzaj (MA ’18). “She is a perfect example of authentically being yourself and still proving to others the quality of your work. I believe starting from the bottom gave her the experience to understand what it means to be a great leader holistically.”