Deacon Leaders On and Off the Field 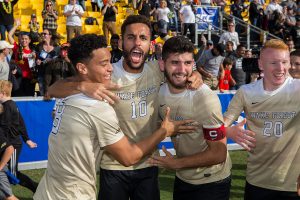 The making of a college athlete is a blend of raw talent, discipline, and coaching. When they arrive at Wake Forest University, student-athletes are ready to perform at a high level. But what about their leadership development? A new program developed in collaboration with the Wake Forest School of Business Center for Leadership and Character (CLC) is poised to change the game both on and off the field.

Launched in 2017, the Deacon Leader System fosters the development of all members of the Athletic Department and helps student-athletes transition from being high school leaders to leaders at Wake Forest and, ultimately, leaders in life.

“The goal is to accelerate the leader development of all athletes and staff,” said Pat Sweeney, director of the Center for Leadership and Character. “Everyone has a common purpose in line with the University’s mission and the Department of Athletics’ mission to develop leaders who get results with integrity.” 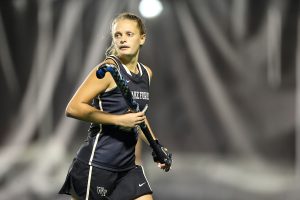 The CLC partnered with the Department of Athletics, the Department of Military Sciences, and the University to design the program. “We looked at the entire system,” Sweeney said. “We did a review of their culture, policies, and procedures.”

The needs assessment incorporated feedback from coaches, student-athletes, and the athletic administration to define what it means to be a Deacon Leader. The core of the system is centered on a commitment to develop leaders who exhibit exceptional character, a positive attitude, competitiveness, commitment, and selflessness.

“It was an amazing experience,” said John Wolford (BS ’18), who majored in finance while serving as team captain and starting quarterback for the Demon Deacons football team this year. “To get all the knowledge they were able to provide for us both on and off the field, for me personally, has culminated in an effective season for us and personal growth during my time at Wake Forest.”

From the time they arrive on campus and throughout their years at Wake Forest, student-athletes are immersed in a culture that will help them develop their leadership skills and give them the tools they need to effectively lead themselves and their teams.

“We are excited about the Deacon Leader System and how it is positively impacting the development of student-athletes and the Athletic Department. This program will produce individuals that are not only great leaders here at Wake Forest but also great leaders in life.”

The system launched in summer 2017 with education programs for 19 sports teams. Classes included topics on building and leading high-performing teams, emotional intelligence, managing conflict to support team growth, managing stress and building resilience, and leading people who are different from you. 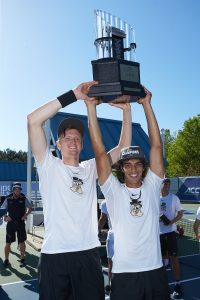 A 12-session workshop for all sports team captains focused on helping them execute their roles as team leaders; classes for first-year student-athletes provided them with a foundation for self-leadership and helped shape their identity as leaders; courses for assistant coaches provided education on leader development and addressed their needs. Peer mentoring circles were also established to help build relationships between teams and establish an educational support system.

Freshmen athletes honored the start of their journey from being a high school leader to a Deacon Leader with the symbolic Walk of Champions. “Freshmen met at the quad and the team captains led them on a walk around it,” Sweeney described. “They then attended a dinner at Reynolda Hall where President Hatch talked about the importance of leader development and Wake Forest University’s mission.”

A leadership speakers’ program rounded out the system’s launch with former Wake Forest student-athlete and NBA superstar Chris Paul speaking with student-athletes about what it takes to be a committed leader. Since August 2013, Paul has served as president of the National Basketball Players Association — an experience he described as being like a “business class on steroids.”

For Sweeney, the program’s ultimate success will be found in its long-term impact. “If you have good leadership on the team, it is going to improve wins vs. losses. You can have great success on the field but when you graduate, employers will be seeking out the Deacon Leaders. Employers will line up to give them jobs. That is success.”

Q&A with the QB 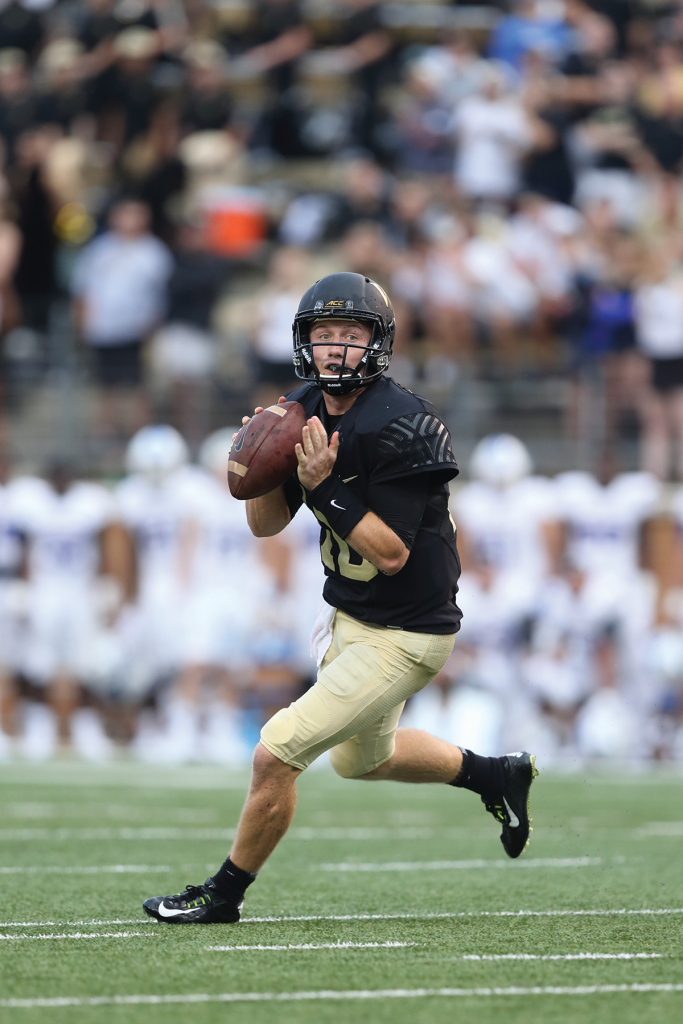 School of Business finance major John Wolford (BS ’18) is the first quarterback in Wake Forest history, and just the eighth quarterback in ACC history with 8,000 career passing yards and 1,000 career rushing yards. He’s also the first Wake Forest quarterback to start four season-openers. He set 11 records at Wake Forest, many during his senior year. Wolford went through the Deacon Leaders program as it was implemented through the partnership between the School of Business, Athletics Department, and student team leaders.

What did you learn from the Deacon Leaders program?

The Deacon Leaders program gave me leadership tools, a better understanding of the importance of treating people with the same respect you would expect for yourself, and a better understanding of the importance of living by your values. All these things helped me be a better leader this year on and off the field. I know I will use these skills to shape my future.

How did you apply these lessons on the field?

At the beginning of the year, we came up with values that we thought would be beneficial to the team, and then as a team we lived by those values throughout the year.

What was it like to balance your business studies with your sport?

I love playing football, but I love finance too. You find ways to make time for each and learn how to prioritize. It’s taught me a lot.

I think finance is the best major at Wake Forest. Business is in everything and the finance major is awesome. You will be challenged and learn a lot, have a lot of career opportunities afterwards, and grow as a person.